News / David Williams: Finding His Way and Paying it Forward

David Williams: Finding His Way and Paying it Forward 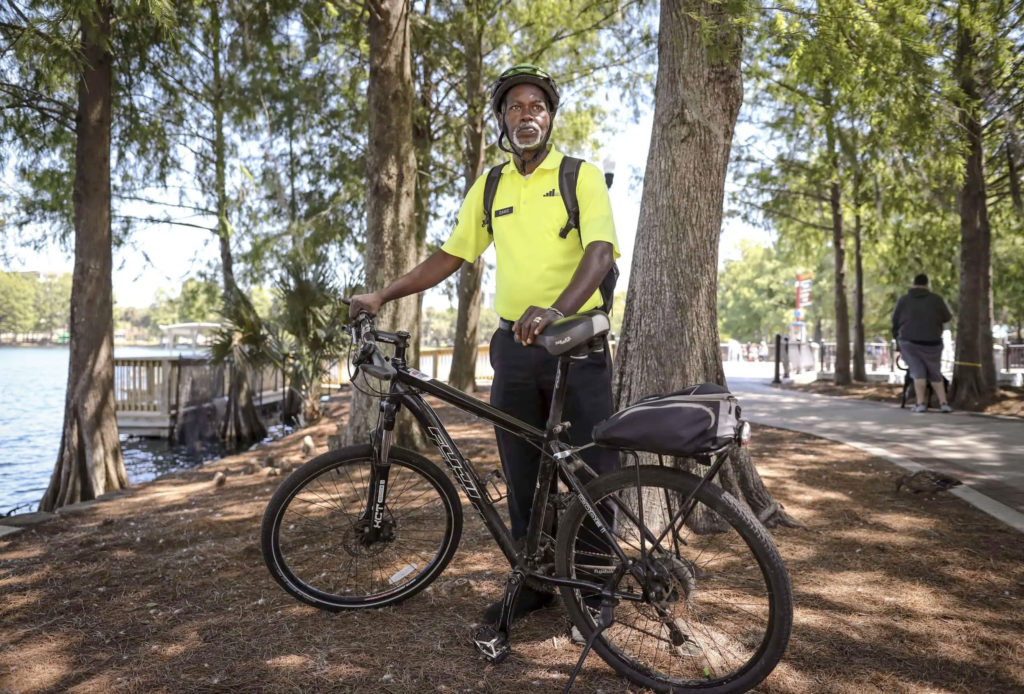 David Williams bought a 2012 Chevy last November. It’s a comfortable ride, but his preferred method of transportation is a bicycle.

He rides with a purpose along downtown Orlando, looking for lost and lonely souls down on their luck. He knows them well. He was one of them once upon a time.

There are second chances in life that come at you unexpectedly. Williams might still be walking the streets of Orlando, homeless, without much purpose, had there not been some fortuitous connections along the way.

But those second chances also require active participation and a willingness to overcome. Williams is now a walking billboard for the power of perseverance in his role as a “Downtown Ambassador” for the City of Orlando.