News / Here’s why we love our Downtown Ambassadors, our Daytonians of the Week

Here’s why we love our Downtown Ambassadors, our Daytonians of the Week 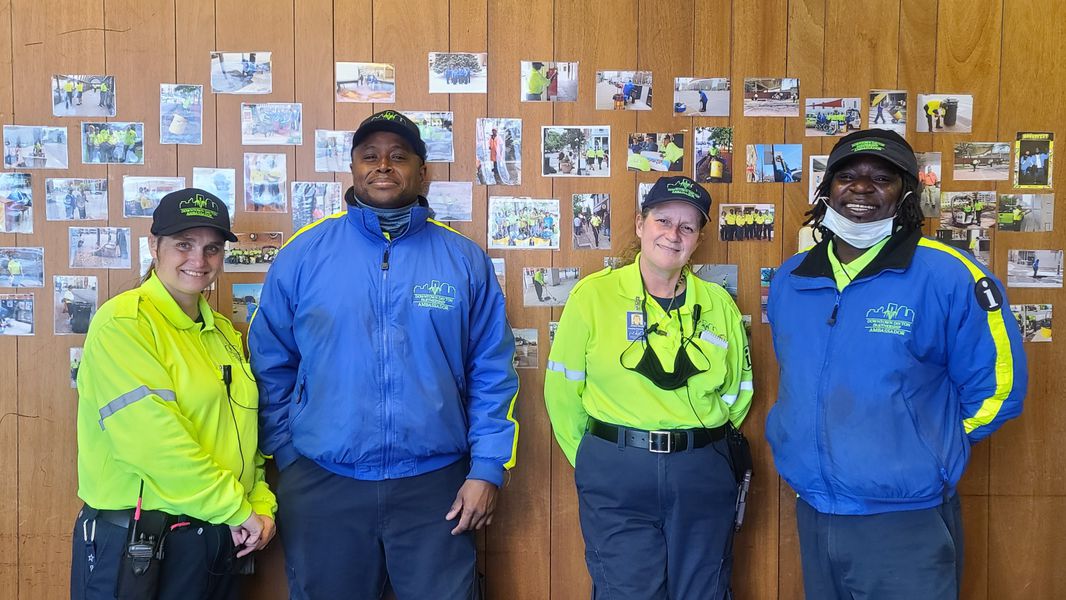 Known to occasionally drop a quarter in a parking meter when the red light starts to blink, the Downtown Dayton Ambassadors are some of the most friendly faces in the Gem City.

The Downtown Dayton Ambassador Program, often just called “The Ambassadors,” actually traces its roots back to Brantley Security Services, an event management and private security services company that dates to 1930. Through many changes over the decades, the company, today called Block By Block Inc., began serving its first downtown district, Louisville Downtown Partnership, in 1995.

In 2005, Block By Block started its Downtown Dayton program.

“The program has gone through changes over the 15 to 16 years to grow from a main focus of cleaning and engaging with the public, to now include working with the Dayton Police and Dayton Social Service Agencies in their outreach efforts,” said Tina McKenna-Gilley, operations manager of the Ambassadors.